Combining tight and loose styles of leadership can be key to driving higher performance.

History is peppered with examples of small forces defeating larger ones. Venice, for example, managed to dominate trade in the Mediterranean Sea for more than 500 years, in spite of its relatively small population. And time and again, the armies of Belisarius managed to defend Constantinople against the larger armies that broke against its borders.

Naturally, it was not always the case that numerically inferior powers prevailed, yet there are enough examples of this to warrant a closer look. Perhaps there was something in the performance culture of these intrepid traders, sailors and soldiers that demands our attention as modern leaders. Fortunately, when it comes to gaining insight into performance cultures, historical hypotheses combine well with contemporary management theories.

Author and historian Roger Crowley writes eloquently on the success of Venice, which operated a form of democracy in direct contrast to its more autocratic competitors. Certainly this relatively free society seemed to spawn countless innovations including limited liability joint-stock companies, double-entry accounting methods, and business education. Such examples support emergent theories of innovation, which recommend staff have the opportunity to conduct limited experiments without risk of career destruction.

The consistent victories of Belisarius, meanwhile, could be explained by something called “tactical durability”, postulates Robert R Leonhard, a professor of military science at West Virginia University. To put it more simply, they were resilient. This too is consistent with modern leadership interest in developing resilience in teams.

So, what must we do, as modern leaders and managers, to create our own performance cultures? While there is much more to say on the matter than can be covered in such a brief article, it’s worth focusing on 3 key factors:

The setting of clear performance objectives has long been postulated as an invaluable management activity, hence the enduring popularity of Ken Blanchard’s book “The One Minute Manager”. Yet, incentives are often perverse, leading to outcomes that are neither wanted or expected. For example, players in financial markets may be incentivised to break laws if the only measure that matters is dollars earned. For the army of Belisarius, the incentive was real and immediate: survival. For the traders of Venice, double-entry book-keeping provided a new way to keep score as their incentive. Yet, financial metrics are no longer sufficient. If we are to stay ahead of the opposition we must be developing metrics and incentives based on leading indicators of success, including those that relate to customer satisfaction.

Furthermore, in an age where innovation is a highly valued organisational characteristic, we are encouraged to give our teams the freedom to be creative. However, staff be permitted to go so far ‘off the reservation’ that their activities have no relationship to the organisation’s objectives or create a breach of ethical standards. So, this takes us to a formula which worked for the Venetians: freedom within bounds. In modern terms this means being clear about the rules, being clear about the guidelines, and solidly distinguishing between the two. This can allow management and the board a measure of comfort in giving staff the freedom to engage in limited and relevant experimentation.

There is an increasingly rich set of research and practice available to help people and organisations become more resilient. Practically there are 3 steps you can follow. Firstly, hire for resilience. There are now tests that can help you select the people who can deal with likely stressors specific to your context. Secondly, educate people in resilience skills; such training is increasingly available from excellent psychological service organisations. Thirdly, modern organisations often provide sensible employee support structures for those who find themselves in professional or personal crises.

So, while the development of a high-performance culture is certainly a complex matter, you can at least start with clear incentives, a ‘freedom within bounds’ approach, and by growing an increasingly resilient enterprise. None of these practices are easy to deploy, yet the potential for victory against the odds makes them well worth the endeavour. 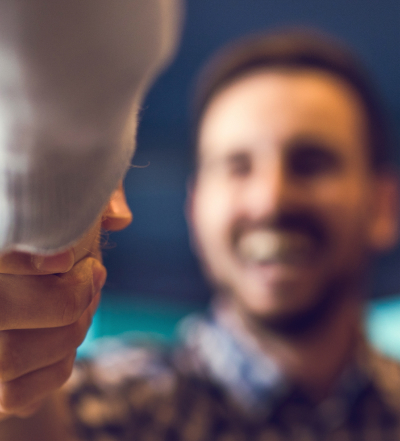